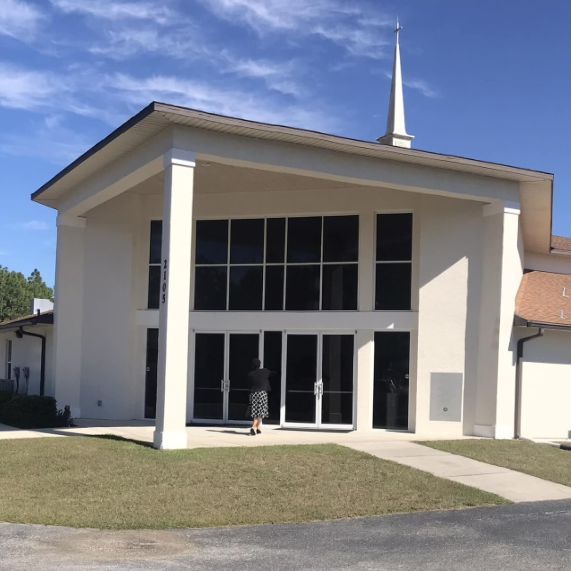 God’s Church, Mount Olive Missionary Baptist Church, has one and only one mission:

“To Make Disciples Through Being Disciples.”

God’s Church, Mount Olive Missionary Baptist Church, has one and only one mission that is, “To Make Disciples Through Being Disciples.” (Matthew 28:18-20) Discipleship is our demonstrating love one for another as Christ has shown love to us (John 13:34-35). This love is our spiritual heritage and therefore we will share, motivate, encourage and draw lost souls to seek and accept Jesus Christ as Lord and Savior.

​Mount Olive Missionary Baptist Church will follow biblical principle and promises that are mandated by God.

We, as believers and followers of His Son, Jesus Christ, will exhibit and exemplify love and humility in our daily lives. We will strive to demonstrate individual responsibility, bringing glory and honor to Him and the church.

We will provide Christian education to all in the knowledge of Christ and teach sound doctrine, thus exhibiting the application of that teaching as living examples of Christ.

What We Believe . . . Love Makes the Difference

• God is sovereign & all-powerful; god is love
• His word is truth & eternal
• Jesus christ is his word made flesh
• Jesus died on calvary to pay for the sins of man
• His death was god’s love extended to us so we would not be condemned for our sins
• You must accept jesus as your lord &. Savior to enter into righteous, eternal relationship with god
• God’s church is the perfect place for imperfect people seeking refuge from am evil world
• God’s church uses god’s perfect love to transform, to perfect his people into his image
• As god has loved us, in our imperfection, we are to love others; as he has blessed us, despite our imperfection, we are to bless others
• Love, god’s love makes the difference

A Message from Our Pastor

Pastor’s Message: Thank you so very much for visiting us at the Mt. Olive Baptist Church. We are a Bible based, love centered church & we believe that God’s love,  directed through us,  truly makes a difference in the lives of all we come in contact with.

We’re a growing church; growing in numbers,  growing in faith and growing in the grace and knowledge of our Lord Jesus Christ. Our doors swing on welcome hinges and our hearts rejoice in the prospect of meeting and getting to know you.

Our prayers are with you and yours; God’s peace and richest blessings be upon you. 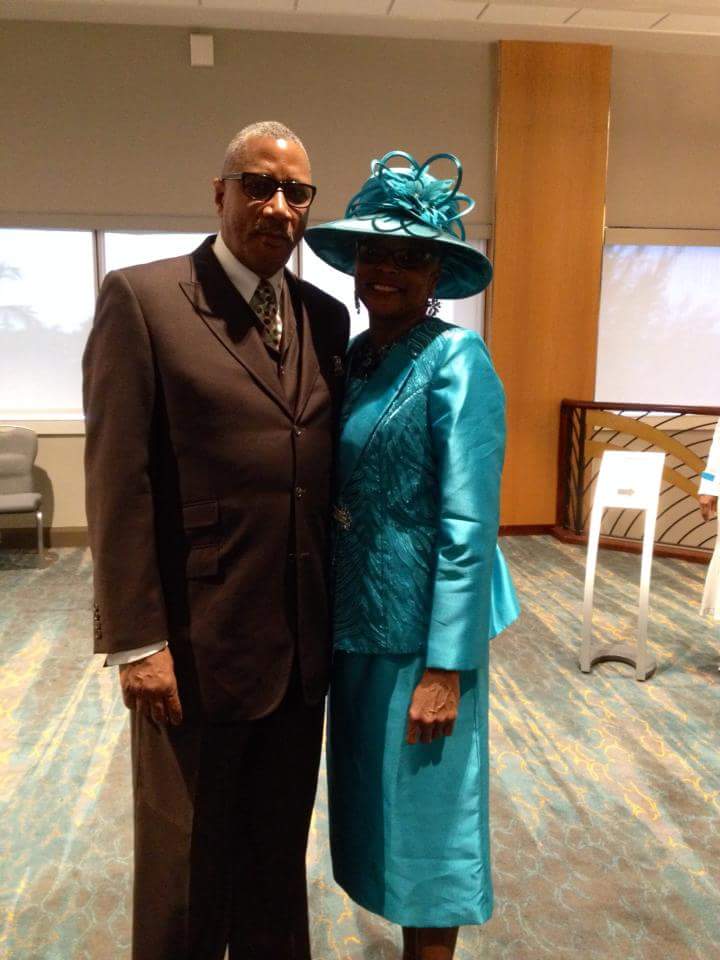 The Mount Olive Missionary Baptist Church was founded in Crystal River, Florida, on the fourth day of October in the year of our Lord, 1884.  The founders were Mr. Dempsey Riley, a licentiate minister and Mr. and Mrs. William Porter.  The organizers of the church were Washington Thomas, Morris Mobley, a minister from Brooksville, Florida, Mr. and Mrs. William Porter, Dempsey Riley, Harriet Gary from Leesmont Baptist Church and Marda Evans of Crystal River.

The Reverend George Lonon, the ninth pastor, moved his family here and made this town his permanent residence.  The tenth pastor was the Reverend A. Bradley who also moved his family here and resided until the termination of his pastorate.  In 1935, Reverend J. E. Nicholson became the eleventh pastor.  The Reverend C. P. Brown of Reddick, Florida, was the twelfth pastor.  He is remembered and respected for his knowledge of the Bible and for his profound eloquence in preaching the Word of God.  The Reverend W. M. Michael was our thirteenth Pastor.  Although he resided in Ocala, Florida, and held pastoral days only twice a month, he used a lot of his time visiting and ministering in the community.   He was known for his compassion for others and for his enthusiasm for the ministry.

Under the leadership of the Reverend G. W. Dobson of Ocala, Florida, our fourteenth pastor, the Cornerstone was laid in the year of 1946.  Classrooms and a cafeteria were added to the main building.  The Junior church was organized and the youth of the church were trained to function in various capacities of the church under the supervision of adult officers.

On February 21, 1960, the Reverend Remus Baker, Sr., became the fifteenth pastor of Mount Olive.  After serving the Lord faithfully for many years, the Reverend Baker went to be with the Lord on October 2, 1999; he was funeralized on October 9, 1999.

The sixteenth pastor was the Reverend James Brooks, a local born minister, who accepted the pastorate on November 11, 1960. His assistant for several years was the faithful Reverend Saunders.  Under the leadership of Pastor Brooks, a patient and unassuming man whose life style was exemplary of a Christian gentleman, the church grew slowly but steadily toward building its spiritual walls and improving its physical structure.  One forward and fruitful step taken toward full-time ministry and toward engaging in morning worship each Lord’s Day was the election of the Reverend Nathaniel Rawls to conduct the worship hour on the second and fourth Sundays of the month.  After having served as a faithful Shepherd for thirty years and four months at Mount Olive and within the community, Reverend Brooks passed away on March 2, 1991, after a brief illness, and went to be with the Lord.  Pastor Brooks was funeralized at First Bethel Missionary Baptist Church in Dunnellon, Florida, and was laid to rest on March 9, 1991, in the Crystal Memorial Gardens of Crystal River, Florida.

During the year 1991, Reverend Lewis Lampley, pastor of Southside Tabernacle Church in Saint Petersburg, Florida, assisted our congregation in developing the first Constitution for Mount Olive.

On April 1992, the Reverend Joseph R. Ponds accepted the Pastorate on conditions suggested by the body, and served as pastor for six months. During Pastor Ponds’ stay, the church was given some most profound teachings of the Word of God.

The Reverend Clifford S. Edwards became the eighteenth pastor of Mount Olive Missionary Baptist Church on February 7, 1993, and was installed on March 21, 1993. During Pastor Edwards’ tenure, his preaching and teaching stressed that the saving, keeping and healing power of God is available to all who sincerely trust in the Word of God. Pastor Edwards and his wife, Lauretta, served together as a team; both were praying people. Reverend Edwards went to be with the Lord on July 29, 2011; he was funeralized at Mount Olive and was laid to rest at Crystal Memorial Gardens, Crystal River, Florida, on August 6, 2011.

In October 1997, the Reverend Cecil Wilson accepted the Pastorate of Mount Olive Missionary Baptist Church.  Young, energetic, and grounded in the Word, Reverend Cecil Wilson was a blessing to the Mount Olive family.  This dedicated servant of God was a praying man whose teaching, preaching, mannerism and humbleness portrayed him as a man who was serious about God’s business. He instilled on our minds that, as Christians, we must “work while it is still day, for night cometh when no man can work”. Reverend Wilson’s wife, Mary McKenzie Wilson, especially noted for her singing, worked diligently with the women and other members of this church. Their teenage daughter, Kourtnie, was active in all areas of the church.

A new edifice, located at 2105 North Georgia Road, Crystal River, Florida, was dedicated on October 5, 2000.  The new sanctuary was designed to provide a spiritual atmosphere that would be effective in edifying the Savior, equipping the saints, and evangelizing the sinner through worship, religious education, prayer and praise. The Reverend Cecil Wilson remained pastor of Mount Olive until March 30, 2000.

On June 18, 2002, the Reverend Daniel G. Savage, III, by unanimous vote, was elected as the twentieth pastor of Mount Olive.  Pastor Daniel Savage’s first message was based on the establishment of the church, its mission, and the attainment of its mission. Installation service for the Reverend Daniel G. Savage, III, was held on November 17, 2002.  The pastor’s messages expressed love, concern, and prayers for the membership and the community impressing upon us the true meaning of being “a servant of God”.  During the tenure of the Reverend Daniel G. Savage, III, Deacon Dennis Thomas, Sr. was added to the Deacons’ Ministry.  During the years 2003-2004, the audio-visual production system was enhanced to include an overhead projection screen, etc.  Prayer meetings and Bible Study and Christian Education were enriched with profound instructions of the Word of God. Pastor Daniel G. Savage, III, surrendered his pastorate to Mount Olive on March 30, 2007.  Our prayers and support were expressed to him and his wife, Sister Mary Savage, in their continued pursuit to do God’s will God’s way.

The Reverend Ronald Anthony Sutton was installed at Mount Olive Missionary Baptist Church on Sunday, April 13, 2008.  The theme of his ministry during 2009 was based on “relationships.”  Reverend Sutton’s Bible study emphasis for the year 2010 included an in-depth study of the books of Revelation I, II, and III; John and Daniel; in 2011, Bible instruction engaged members in the study of Proverbs.  The principles of stewardship and the formation of spiritual attitudes were stressed in Pastor Sutton’s Bible study sessions as well as in his morning worship sessions.  An insightful and spiritual awareness has been gained by those in attendance. Reverend Sutton’s wife, Sister Carolise Sutton, works diligently and actively as she participates wholeheartedly wherever she is needed seeking innovative and current ways of improving programs at the church; two of her main ministries have been youth and culinary.

Mount Olive is humbled and privileged of God to have had pastors, pastors’ wives, deacons, deaconesses, trustees, clerks, secretaries, missionaries, youth, Sunday School superintendents, musicians, ushers, cooks, custodians, lay persons and others who have been and continue to be faithful stewards and prayer warriors of our Lord and Savior.

To God Be the Glory!

Join us online at 11am for Sunday Service